Skip to Main Content
You are here: Home - Blog & What’s on - East Point Pavilion due to open in 2022 following transformation
Back to Blog

East Point Pavilion due to open in 2022 following transformation

Works start this week (17th January 2022) on the iconic seafront glass pavilion which is being redeveloped to become a destination venue after securing £720,000 of funding through HM Government’s Towns Fund. 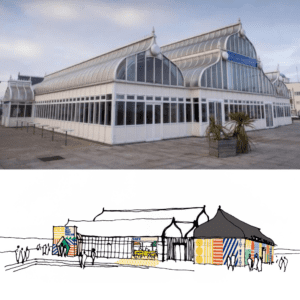 Built in 1993, the pavilion has previously housed a soft play centre, tourist information centre, Mexican restaurant and most recently a tearoom, with the doors of the building closed to the public for the final time on 31st August 2021. Planning was approved for the redevelopment of the building in October 2020, and since then has been emptied in anticipation of work starting in 2022.

In November 2021, East Suffolk Council announced that First Light CIC, the team behind the First Light Festival, had been chosen following a tender period as the operator for the pavilion which will reopen as a food hall, flexible events space and office base.

With works expected to be completed at Easter, in anticipation of the 2022 Summer season, East Point Pavilion will be the perfect spot to enjoy the sea view, whilst tasting delicious food from an assortment of independent street food traders, alongside barista coffee, craft beer, wine and cocktails from the house bar and café. A year-round schedule of live music, DJs and performances, alongside a varied calendar of artisan markets and community-led workshops and events is also planned. 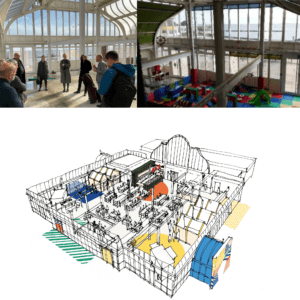 The redesign of the building has been led by Norwich-based Hudson Architects, supported by Hemingway Design.

East Suffolk Council is now pleased to advise that Lowestoft contractor, PJ Spillings, is scheduled to take possession of the building next Monday January 17th, to start a process of minor demolition and then the fit-out of the building. The public toilets will also be fully refurbished as part of the programme, and will also be closed from the 17th January, but will be replaced with a temporary facility for public use for the duration of the works.